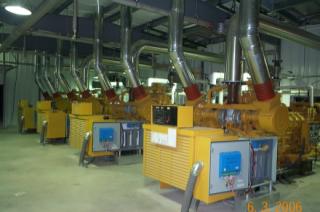 The CNBE facility is located in the SEMA zone of the ISO-NE control area and is interconnected with the Eversource local distribution system at Node 4006 via the 107 URD 15 kV loop-circuit off the Industrial Park Substation in northern New Bedford, MA.

CRMC is a member of NEPOOL. The CNBE facility is registered with ISO-NE as Unit Asset 11052.