CNBE: Generating Electricity by Combustion of Landfill Gas and Bio-gas 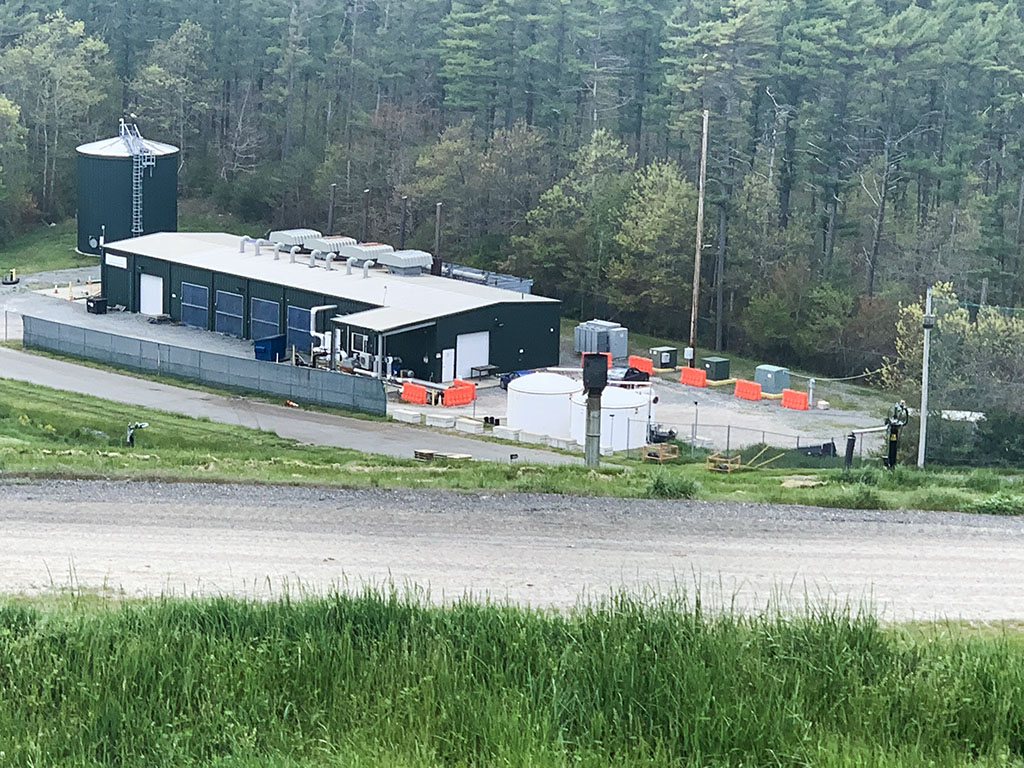 The LFG Project, which is located adjacent to the Crapo Hill Landfill in Dartmouth, Massachusetts, generates electricity from combustion of landfill gas extracted from the landfill. The facility is located on land leased from the Greater New Bedford Regional Refuse  Disposal District, the public authority that owns and operates the landfill. The LFG Project is owned by CommonWealth New Bedford Energy, LLC (CNBE), which a special purpose entity owned solely by CommonWealth.

Landfill gas is collected through a series of vertical and horizontal extracting wells connected by piping and forming a network that covers the entire volume of the Crapo Hill  Landfill.  The gas typically consists of 46% to 52% methane, up to 40% carbon dioxide and less than 1% oxygen, with the balance being mostly nitrogen drawn in from ambient air. Two vacuum blowers connected to the collection network pull the gas from the landfill to the LFG Project. The gas is treated in a media-based system to remove hydrogen sulfide and two condensate knock-outs to remove moisture. the blowers then push the pressurized gas through a radiative cooler and coalescing filter before delivery to the engines for combustion.

The gas is combusted in four Caterpillar 3516 SITA LE internal combustion engines. Each engine is equipped with a state-of-the-art air-to-fuel ratio controller to maximize combustion efficiency and minimize emissions. The engines drive generators rated at 825 kW each, for a total nameplate capacity of  3300 kW. Electricity not used on-site is delivered to the regional grid through the Eversource 15-kV local distribution system.

The LFG Project started construction in March 2005 and entered commercial operation in December 2005. The sulfur removal system, supplied by MV Technologies, Inc., was added in 2016. Development was supported in part by loan programs of the Massachusetts Renewable Energy Trust (now the Massachusetts Clean Energy Center) and private investments of debt and equity.

Environmental benefits of the LFG Project include the following: